Each week I will be dedicating a post to horsemen and trainers that have inspired me and shaped the way to work with horses. With an overview of their methods, their mentors, and also books or dvds that I have found useful in learning their methods.

Monty Roberts, was the first horseman to ever have an influence on my life and my learning how to read and understand horses and animal behavior. Before I owned my first horse I was given his book, The Man Who Listens to Horse’s, by my mom for Christmas. This book details his life story finding the language horses use to communicate and using it to help build trust between people working with horses. I immersed myself in this book for weeks before finally trying Join-Up with the neighbors horses but I’m getting ahead of myself. Let’s talk about Monty Roberts..

Born in Central California in the rodeo town of Salinas, Monty spent his childhood living on the rodeo grounds and watching the traditional cowboy way of working with horses. These less than ideal training methods pushed Monty to find a different approach, Join-Up. Studying the body language of horses and how they interact with each other in a herd, Monty found a way he could replicate the body motions to communicate with them. Once he established control of their movement while loose in a round pen then he could get them to follow him around the pen without any ropes. When he could get this consistently, he would put a halter on them and get them used to the saddling process and a rider soon after. This method took his name far and wide until he was training and re-training famous racehorses and eventually he was invited to England to train for the Queen. When he is not performing demonstrations of Join-Up around the world, he is at Flag Is Up Farms in Solvang, California.

He had many peers in California and in the Western United States that rose to prominence at the same time, the Dorrance Brothers and Ray Hunt among them. He started what some refer to has the “revolution in horsemanship”. Although he was a California cowboy, his method has reached all over the world and spanned many disciplines. He’s has written several books in the last 20 years or so including, The Man Who Listens to Horses, Join-Up, Shy Boy, From My Hands To Yours, and The Horses in My Life.

Besides his biography, the next most interesting book is Shy Boy. This photo/journal book details the events of how Monty used Join-Up with a wild Mustang in the Nevada desert with no fences. Following the horse for almost two days Monty was able to achieve Join-Up and he caught the Mustang and had a saddle and rider on the little mustang within a few hours. This remarkable feat was documented by BBC for a television series and rocketed the Mustang to being a celebrity of sorts in the Equine world. After several years they tested the bond of Join-Up again by letting the Mustang go into the wild and after one day with a wild horse herd the Mustang came running back to the camp and singled Monty out of everyone and stopped in front of him. 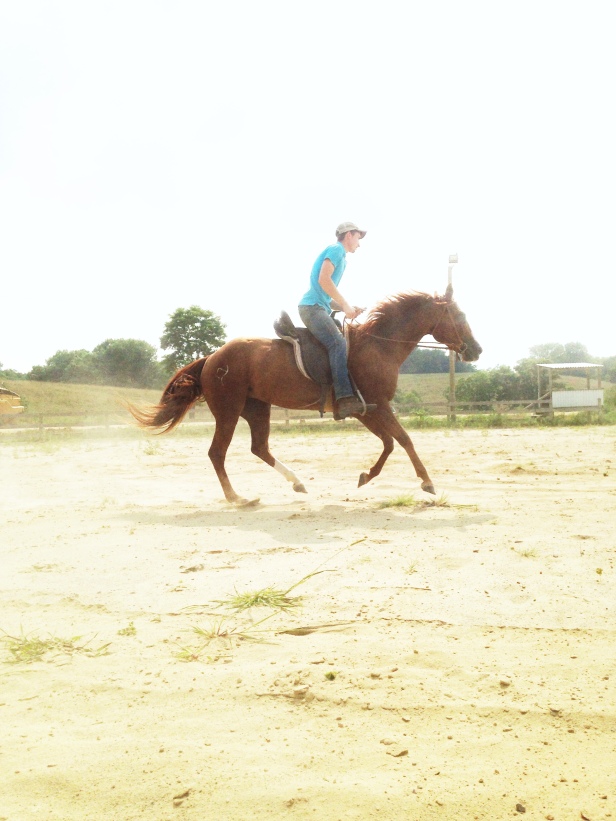 I used these methods on a herd of mustangs that a neighbor owned and after several weeks I could get them to follow me. Eventually I was able to catch one of the mustangs and I did some work with it but that was when I was 13 years old and still very new to horses. I still use Join-Up as part of my training routine especially with difficult to catch and problem horses.